The superpower clash between China and the U.S. continued on Friday as a U.S. Navy ship sailed near the Chinese-controlled Paracel Islands in the heavily disrupted South China Sea, only to get a stern rebuke (and what some would call, an appropriate response) from Beijing.

The USS John S. McCain, an Arleigh Burke-class destroyer, entered the waters near Paracel islands Friday without China’s permission on a “freedom of navigation operation,” the first known operation in the heavily disputed area under the new Biden administration.

Shortly after, CGTN reported that the People’s Liberation Army (PLA) “expelled” the destroyer after it “trespassed” into China’s territorial waters. Tian Junli, a spokesperson for the PLA Southern Theater Command, said the move “seriously infringed China’s sovereignty and security.” He said PLA troops in the region are on “high alert at all times to protect the peace and stability of the region.”

The heavily disputed waterway is one of the flashpoints in the U.S.-China relationship, including a trade war, technology war, U.S. sanctions, Hong Kong and Taiwan.

U.S. sailings of warships near the militarized islands in the South China Sea have angered Beijing in the past. 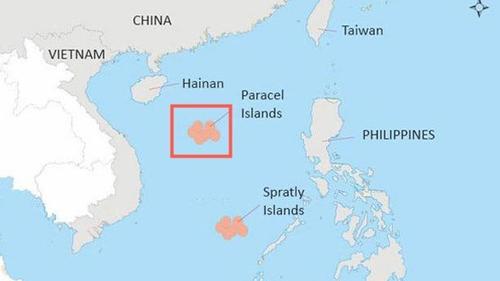 Meanwhile, according to the latest naval deployment map from Stratfor, other US naval ships located just off China’s coast include the carrier CVN 71 Roosevelt, and the LHA 6 America large Amphibious group. 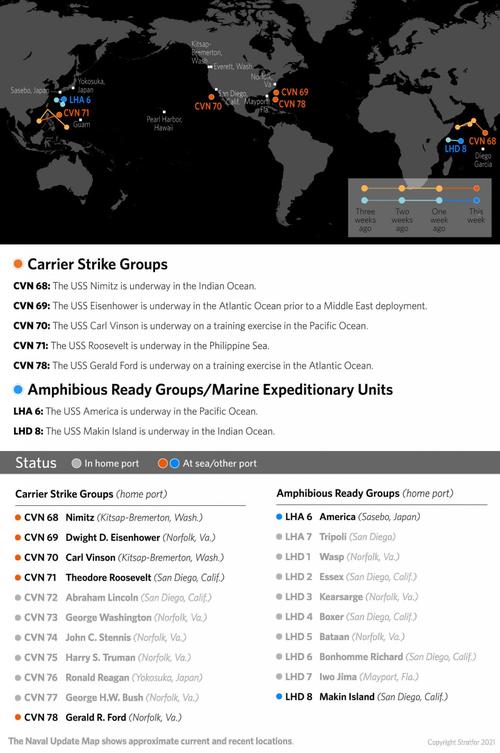 Last month, USS Theodore Roosevelt entered the South China Sea for what the Navy called routine freedom of navigation operation. There’s more here than meets the eye as a great power competition continues to brew between both countries.

Over the past year, the U.S. has increased aerial patrols, and U.S. Navy warship sails through the disrupted region and near and through the Taiwan Strait, an exercise aimed at angering Beijing. Such “close encounters” and US flyovers and sail throughs in the South China Sea and near Taiwan become more frequent during the tail-end of the Trump presidency.

As Al Jazeera notes, “Last year Chinese military jets made a record 380 incursions into Taiwan’s defense zone, with some analysts warning tensions between the two sides were at their highest since the mid-1990s.”

Earlier in the week Monday, two US reconnaissance planes flew near Taiwan’s airspace at a moment Taipei has begun to publicly acknowledge for the first time the presence of both American and Chinese PLA jets sometimes in the same aerial defense zones, which constitutes an alarming and highly dangerous situation.

The post US Warship “Expelled” From South China Sea By PLA Forces first appeared on SHTF Plan – When It Hits The Fan, Don’t Say We Didn’t Warn You.

Did you miss our previous article…
https://greatsurvivaldeals.com/actions-to-take-when-disaster-strikes-a-step-by-step-guide/